This lecture will be composed of three sections. The first part will involve a discussion of how and why I got interested in China, from primary school in Edmonton, to my 1978 trip to China when the economic and social changes of the last four decades were just beginning. I was enamoured of Chairman Mao and the 1960s, 1970s narratives about him and the liberation achieved by the Chinese revolution. The second part will discuss my attitude towards China today, focusing on what I perceive to be negative aspects of human rights, health care, technology and international relations. The communist party of China is seen by many to be a major threat to stability in Asia and Western democratic nations more generally as the government has shifted from socialism to fascism. Finally, in order to leave participants with a more positive outlook, I will discuss the major achievements of the Chinese people and the communist party that have lifted an enormous population out of poverty and have made China one of the most powerful states in the world today. Never before has the population of China been more educated or had longer general life expectancies. China has successfully overcome seemingly endless foreign invasions, colonialism, and a devastating drug crisis that plagued its people and governments for over a century. 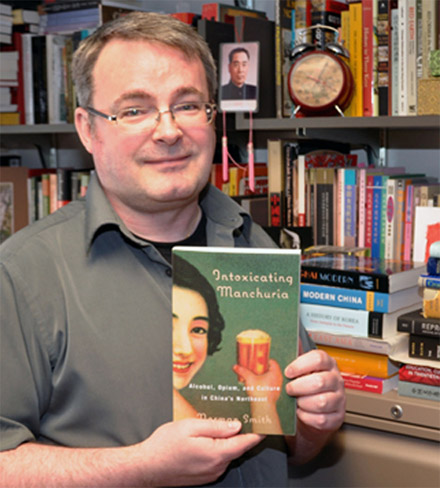 Norman Smith is a professor of History at the University of Guelph, where he is currently a Research Leadership Chair in the College of Arts. He earned his PhD from UBC. He has published two monographs, edited ten books, and published dozens of articles and chapters, in English and Chinese. His work has been translated into Chinese, Japanese, and Russian. He first went to China in 1978 and has travelled extensively through China.