Who, What and Where is China? Part 2

Things fall apart, Things come together: From Empire, to Republic to One-Party State
In this lecture we will examine the events of the past 250 years which saw the state now known as the People’s Republic transformed from a Manchu multi-cultural and multi-ethnic empire that dominated the global economy, to a fractious Republic, and the world war and civil wars that created the Communist state. This lecture will highlight the shock to the Chinese political elite of China pushed from its seemingly natural role of regional and global hegemon in the 19th century and the quests since to reunify all territory considered part of China, making it once more a global superpower. I will assess the pros and cons of a militant politics of state building and state power that since the mid 19th century has turned its back on the traditional Confucian concept of putting people first, in favour of maintaining that strong state and its elite. 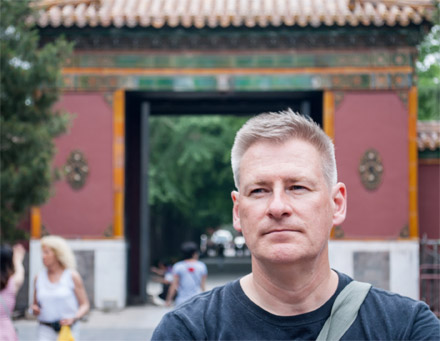 Blaine Chiasson was born in Cheticamp, Cape Breton, Nova Scotia. After his BA is in Russian language & history from Dalhousie University, he attended the University of Toronto intending to continue his MA in Russian and Soviet history. After taking Mandarin & Chinese history he became interested in the 500,000 + Russian émigré population in interwar China and switched to Modern Chinese history for his PhD, which he wrote on the topic of Russian and Chinese colonial administration in Manchuria. His monograph, Administering the Colonizer: Manchuria’s Russians under Chinese Rule 1919-1929 (2010) is published by UBC Press. His published articles examine Russian imperialism in China, Manchurian agricultural history, Beijing’s ethnic Chinese Russian Orthodox community and the Russian community in exile. His current project examines the two-year post 1901 Boxer occupation of northern China by the Eight Nation international allied forces and how this military interacted with the Chinese authorities, with ordinary Chinese and the changes that military occupation had on north China’s urban landscape and political history. He was a visiting scholar at Nanjing University and the National Library of China (Republic of China) in Taipei, Taiwan. He has also lived in Manchuria, Hong Kong and Shanghai.